If you’ve been following our social media channels lately, you’ll have seen a number of posts related to the Brain Waves Challenge. With the first challenge completed, just what is this all about?
Brain Waves Challenge
The Brain Waves Challenge is the brainchild of Monkey First Adventures, which is headed up by firefighter Billy Taylor and serial expedition hiker and long-distance cyclist Alex Mason. The aim is to take on two ocean rowing challenges in order to raise money for Parkinson’s and PTSD.
Both challenges see the crew equipped with a handheld YB3 device so that the vessel and its crew are followed by the Iridium Satellites every step of their journey. Spectators can access up-to-date information on the location, wind direction, distance rowed, estimated finished time and more. Keen “dot watchers” can access tracking information here: http://yb.tl/brainwaves.
Atlantic Ocean
The first of the two planned challenges was for a four-person crew to row across the Atlantic. Alex and Billy, alongside their crew members Firefighter Scott Butler and Liz Dennett who was diagnosed with Parkinson’s disease five weeks before her 44th Birthday, set off from Lanzarote on 5th January.
Speaking before their great adventure across the Atlantic, Scott said: “The opportunity to row across the Atlantic doesn’t come up too often and to help generate research data, vital funds and awareness of these two, quite frankly scary life-changers, was something I couldn’t pass up.”
Despite boat issues which stranded them on Cape Verde for a few days and dropping a team member from 4 to 3, the crew made it all the way to Antigua, and even passed competitors in the Talisker Whiskey Challenge.
In total the YB Tracking Race Viewer was viewed 8,568 times over the course of the challenge. The team came into Antigua’s Falmouth Harbour on 5th March 2020.

Indian Ocean
The next challenge to take place is for the Brain Waves team to take on the Indian Ocean. Billy and Alex will be joined by ex-firefighter and PTSD sufferer John Haskell and Suffolk paramedic Rachel Hearn. They will row from Australia to Africa non-stop – something no one has ever done non-stop before! The exact date of departure is to be confirmed.
Rachel comments “I know that the Indian Ocean leg is a huge challenge and a world’s first for a reason. I wouldn’t have any confidence or belief in myself to do it alone but I know that with the team we have, we can achieve it." 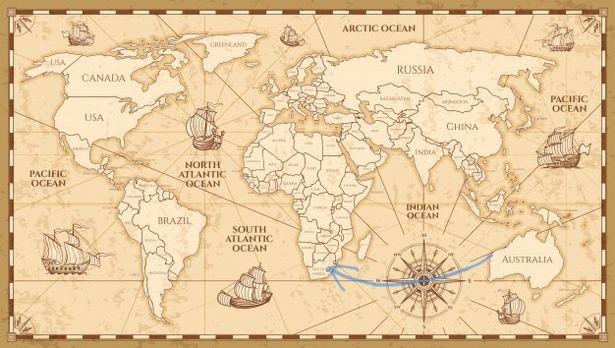