Can the UK team take first place at the 2022 Talisker Whiskey Atlantic Challenge?

With the Atlantic Flyers team scooping second place in last year's mighty Talisker Whiskey Atlantic Challenge, the race is on to crown the next winners of the annual rowing event.

The race, which began in early December, sees over 30 teams row more than 3000 miles west from San Sebastian in La Gomera, Canary Islands, Spain, to Nelson’s Dockyard, English Harbour, Antigua & Barbuda. The teams will take over 1.5 million strokes, face over 20ft waves and raise millions of pounds for charity. Furthermore, unbreakable bonds will be formed as these rowers face the event known as ‘the world's toughest row’. For up to two months, rowers battle the conditions and swells of the Atlantic Ocean to complete the race. Competitors can row solo, in pairs or teams. Regardless, it’s a significant challenge for anybody brave and fit enough to participate.

As of 22nd December, the UK team ‘This Way Up!’ are currently leading the pack, scooping the first position across all categories - first in all boats, race class, race fours and men's class.

Raising money for Starlight UK, the team has committed to be the fittest team on the start line and trained for the event at their base in Poole Harbour. Team ‘This Way Up’ describes themselves as ‘four endurance athletes who can’t resist a challenge’.  Oliver is an ex-professional sportsman who leads treks and expeditions; Ed is a fitness racer; James is a high-performing triathlete; Jos is an endurance cyclist and rower. 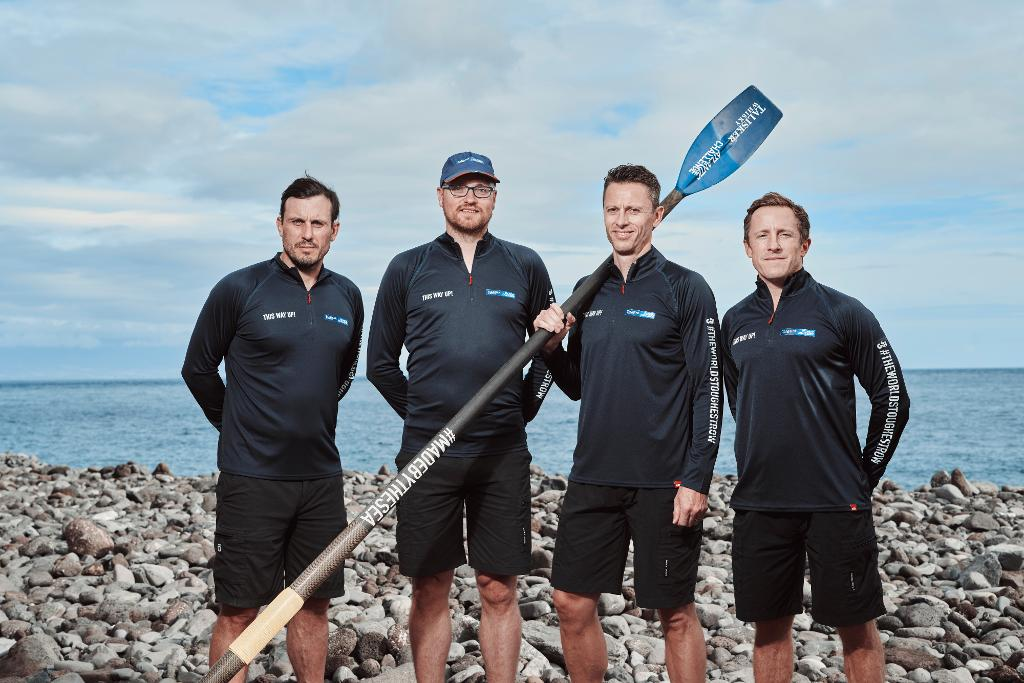 Each team carries a YB3 device that automatically sends the rower's position and allows teams to keep in touch with friends and family on land with the ability to send and receive short messages from anywhere on Earth with a clear view of the sky. In an ocean that spans over 41 million square miles, the YB3 tracking device works far beyond the reach of Wi-Fi and GSM networks. The device is critical to keeping track, monitoring and communicating with the rowers during their epic journey.